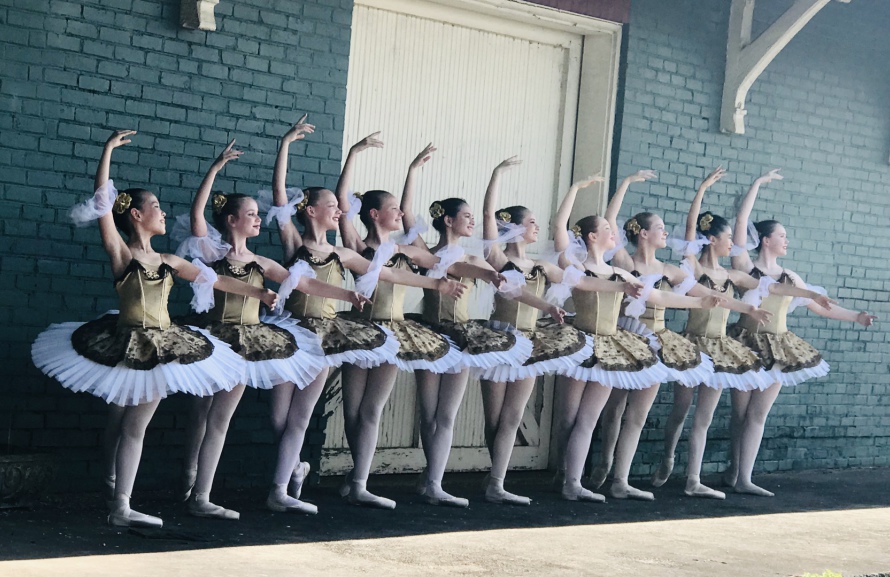 She began her early classical training with Larry Long and Delores Lipinski at the Ruth Page Foundation and with Bell Bender and Ellis-DuBoulay dance schools in Chicago. Ginny holds a B.A. in Dance and Secondary Education from Barat College. While at Barat she trained with Kenneth Melville, Carol Walker, Bobbie Neiman, Marcus Alford, Eileen Cropley and performed with the Barat Repertory Dance Company. While pursing graduate studies at Northwestern University Ginny worked with Peter Sparling, Sue Lee and Juanita Lopez. She trained in modern dance with Randy Duncan, Joseph Holmes, Harriet Ross, and studied jazz under Gus Giordano, Nan Giordano and Lea Darwin.

Ginny Siano-Eck taught modern dance for seventeen years in the Performing Arts Departments at Highland Park High School and for three years at Stevenson High School. Ginny has danced with the Tony Wilson Dance Company and Chicago Ballet Ensemble. In 1987 she founded Lake Shore Dancers and remained artistic director until 1996 when she relocated to the upstate. Ginny's former students have had professional careers with American Ballet Theatre, The Mark Morris Dance Group, Charleston Ballet, Maryland Dance Theatre, Cedar Lake Dance Ensemble and most recently Charlotte Ballet. Ginny was artist in residence for the School District of Oconee County from 1997-2005 and was on the approved artist roster with the South Carolina Arts Commission.

BENJAMIN RABE, a native of Pittsburgh, Pennsylvania, received his core training at The Pittsburgh Ballet Theatre School with private training from Nicolas Petrov. While training he attended summer intensives at the Kirov Academy of Ballet, The National Ballet of Canada School, and Miami City Ballet. Following graduation, Mr. Rabe joined Rochester City Ballet in 2009 where he danced many featured roles. In 2012, Mr. Rabe joined BalletMet Columbus under the direction of James Kudelka followed by Edwaard Liang. While dancing with BalletMet, Mr. Rabe was able to work with many world renown choreographers including James Kudelka, Christopher Wheeldon, Edwaard Liang, Amy Seiwert, David Nixon, Lynne Taylor-Corbett, Gustavo Ramirez Sansano, Devon Carney, and Victoria Morgan, and performed works by George Balanchine. During his time at BalletMet, Mr. Rabe returned to RCB as a guest artist and had the opportunity to perform at Jacob's Pillow Dance Inside/Out Festival. Mr. Rabe rejoined Rochester City Ballet in 2014 and has performed the Cavalier in The Nutcracker, the Prince in Cinderella, Raymonda and Sleeping Beauty, Danny Rosseel's Slightly Sinful, Nikolai Kabaniev's Bach de Trois, Mark Diamond's Moulin de Paris, and many leading roles in works by Jamey Leverett and David Palmer. Mr. Rabe continues to perform around the country as a guest artist, and last summer he performed with Concept Zero Dance in Kansas City. Mr. Rabe has choreographed both classical and contemporary works around the country, and has choreographed two works for Rochester City Ballet. 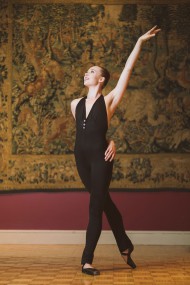 TRACY VOGT, originally from Erie, Pennsylvania, started her dance training at Little’s Dance Studio at age 3. She attended the School for the Performing and Visual Arts where she was given scholarships to study at the Erie Civic Ballet School (Lake Erie Ballet) and the Erie Bayfront Ballet. She received scholarships to the PA Governor’s School for the Arts, Jacob’s Pillow Modern Intensive, Point Park Summer Dance and attended the University of the Arts in Philadelphia, PA. She was also a scholarship student at the Alvin Ailey American Dance Center in New York, NY, where she was personally chosen to demonstrate Graham technique by School Director, Denise Jefferson.

Ms. Vogt has taught at the National Regional Dance America, Southeastern and Northeastern Regional Ballet Festivals, as well as numerous schools, summer intensives and Universities both nationally and abroad, most recently in Uganda, Rwanda and Guinea, Africa for MindLeaps non-profit organization. She was Dance Director for North Atlanta High School in 2009 and on faculty at Tri-Cities High School, Atlanta Ballet and the South Carolina Governors School for the Arts and Humanities from 2012-2020.

Her choreography was selected and performed at RDA SE festival in 2011and 2019, and her contemporary choreography placed 1st, 2nd and numerous top twelve finishes at Youth American Grand Prix in Atlanta, Winston-Salem and YAGP Finals in NYC. She has also choreographed works for Dance Canvas Atlanta, Rockford Dance Company, Erie Contemporary Ballet as well as the Regional High School Dance Festival in Norfolk, VA. She is currently the Artistic Director of the Roswell Dance Theatre Modern Company and teaches at the Tolbert Yilmaz School of Dance in Atlanta. 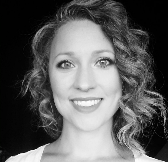 ALLIE LARSON-THOMSON started dancing at 3 years and hasn't stopped since. Graduating from James Madison University with a BA in Theater and Dance, she joined West Virginia Dance Company/Theater West Virginia in 2008. After finishing her contract, Allie came back to South Carolina to help start a poultry operation and teach modern and jazz to the students of the Foothills Dance Conservatory. Allie sat as President of the FCPA from 2011 to 2014 and has aided in its indeavors to foster, create and produce positive and engaging educational children's programming for the community at large.

PHAEDRA O'CONNELL'S yoga journey began in 1987 with a Sivananda Companion to Yoga book and a mat,
while she was studying as a pre-physical therapy major at Shepherd University. Since then she
has dedicated herself to the study and teaching of yoga, training in Integrative Yoga Therapy
with Joseph and Lillian LePage, Prana Vinyasa Flow with Shiva Rea, M.A., Hot Yatra with
Allison Cross, ERYT500 and is currently taking yoga sutra lessons from Clearlight Yoga with
Michael Johnson, ERYT500 . Phaedra also learned from yoga masters such as Rodney Yee,
T.K.V. Desikachar, Stephanie Keach, Joe Taft, Marie Joseph-Dudsic as well as initiations into
Kriya Yoga and Transcendental Meditation. She is a Usui Reiki Master. Phaedra has 19 years
experience as a yoga instructor. She instructed yoga and meditation classes at Clemson
University for 6 years, finally becoming senior instructor. She has an ERYT 500 certification with
Yoga Alliance as a Samudra Gluten bal School of Living Yoga graduate. She blends her skills in
her classes, and blends her extraordinary expertise with a quiet patience and concern for each

student, all of which combine to make her a popular and successful teacher.

ROBYN MAGGIO started tapping in Massachusetts at the age of 4 and hasn't stopped since! She was fortunate to have moved to Spartanburg when she was 9 and began training with Marion Feinstein. Miss Marion sealed her love for tap, traveling to take master classes and performing across the country (including The Worlds Fair in 1984).  She even auditioned for Kenny Ortega for the movie Dirty Dancing and was selected as one of the dancers, only to injure her knee the week before filming was to begin. As a young adult, she lived in New York and studied under some great tap and jazz professionals at Broadway Dance Center and Steps on Broadway.

She has dance teaching certifications by both Dance Educators of America and Dance Masters of America.  She served as the President of the Southern Council of Dance Masters here in South Carolina.  She has taught many students that have gone on to have very successful careers in dance.  She is a senior manager in Information Technology at Fluor.  She has been married for 27 years to her best friend, Rich Maggio.

SVETLANA TODINOVA is a professional ballet dancer from Russia and performed  with the prestigious Moscow Ballet since 2001 before relocating to teach at Foothills Dance Conservatory. Her profile on the official website for the Moscow Ballet's "The Nutcracker" states the following:

"Svetlana Todinova, Moscow Ballet's dynamic Audition Director and soloist for over a decade, dances as soloist with Moscow Ballet in all the company's repertory. Born in Yadrun, Russia just outside of Moscow, Todinova completed formal training under ballet legendary Yuri Gigorovich at the Ufimsky school of Choreography in Ufa, now named Rudolf Nureyev Russian State Ballet Academy in honor of the legendary dancer who was also a graduate. Upon graduation in 1997, Svetlana was invited to dance with the Ufa Opera and Ballet Theatre in the capital city of the Bashkiria Republic. She was later invited to join the Krasnoyarsk Musical Theater, directed by Yuri Grigorovich who is now famous for his virtuosic productions at the Bolshoi Theater. There she danced all the big works that Grigorovich created including "Legend of Love," "Spartacus" and more. She recounts that at rehearsals for these productions Grigorovich would watch the complete show without comment and then gave corrections to each dancer as needed one by one on stage and from memory. In 1999, Svetlana joined Russia's renowned National Academy of Theatrical Arts, aka "GITIS," founded in 1878 by theater pioneer and founder of the Stanislavsky acting method, K. directory, and to preserve the heritage of Russian classical ballet. There she specialized in pedagogy and repertory for children.

Known for her high speed jumps, turns and strong accents, Svetlana was known affectionately among her colleagues as "The Baby Swan" for her role in the classic "Swan Lake." Along with Swan Lake, her repertoire included Spartacus, Don Quixote, Sleeping Beauty, La Bayadere, Carmen, Romeo and Juliet, and more. As Moscow' s former  Ballet Audition Director, Svetlana visited dozens of American cities  September though November annually, where she auditioned and rehearsed hundreds of aspiring dancers to perform in Moscow Ballet's Great Russian Nutcracker." Foothills Conservatory was honored to have her join the faculty in August of 2015.

ADAM JONES was born and raised in western Massachusetts where he began studying and competing in all styles of dance at the age of 7. Upon graduating from high school he went on to study Classical Ballet and Modern performance at the Purchase College Conservatory of Dance in NY. It was here that he was able to train and work with established choreographers such as tony award winner Bill T. Jones and two-time Bessie winner Doug Varone. He also had the privilege to be under the direct mentorship of former American Ballet Theater principal Ted Kivitt.  During his collegiate years, he spent his summers dancing at Busch Gardens Europe in Virginia, where he was a featured dancer and dance captain in 4 of their shows in addition to being a featured soloist with NYC based contemporary company BEings Dance under the direction of Emily Bufferd. After college he was signed by Stiletto Entertainment in Los Angeles and had the opportunity to travel to over 75 countries on various Holland America Line cruise ships as a featured dancer and dance captain. Following a move to Los Angeles, he signed with Jim Keith and the Movement Talent Agency. While in LA, he premiered and has been a been a featured dancer in new works from Carey Ysais, Paulette Azizian, and Kristen Shapiro. In addition he has danced back up for Taylor Swift and Ariana Grande while also being featured in numerous Buzzfeed online skits as an actor.

OLIVIA POWELL a native of the Boston area, received her ballet training from the Boston Ballet School. She attended New York University’s Tisch School of the Arts’ dance department and received her BFA with first class honors at The Hong Kong Academy for Performing Arts, in Hong Kong. Olivia then joined The Alabama Ballet where she performed in works such as George Balanchine’s The Nutcracker, as the dew drop fairy, and Tarantella. She also performed in Jiri Jylian’s Sechs Tanze, Agnes De Mille’s Rodeo, and Roger Van Fleteren’s Romeo and Juliet and Dr. Jekyll and Mr. Hyde. In 2014 Olivia joined Ballet Memphis where she worked with many choreographers including Mark Godden, Steven McMahon, Uri Sands, Joshua L. Peugh, Gabrielle Lamb, Julia Adam and Julie Marie Niekrasz. Currently, Olivia is working as a freelance artist and is based out of Pompano Beach, Florida under the direction of Magaly Suarez. This is Ms. Pwell's first season with Diablo Ballet, Walnut Creek CA.